Marlowe’s Faust ends with the victory of Mephistopheles, Goethe’s with the victory of the heavenly powers and Faust’s ascension to heaven, our Faust is SUPER!!!
From Marlowe to Goethe to the present day, more than five centuries have contributed to making the story of Faust one of the myths of literature, theater and music. The famous pact with which Doctor Faust sells his soul to the devil has become synonymous with the supreme defiance and mockery of death and life, even the afterlife. Our Faust is SUPER, and like the superheroes of the new millennium, he breaks the classic canons by no longer opposing a supervillain, but is a tormented superhero with a mission in support of happiness. 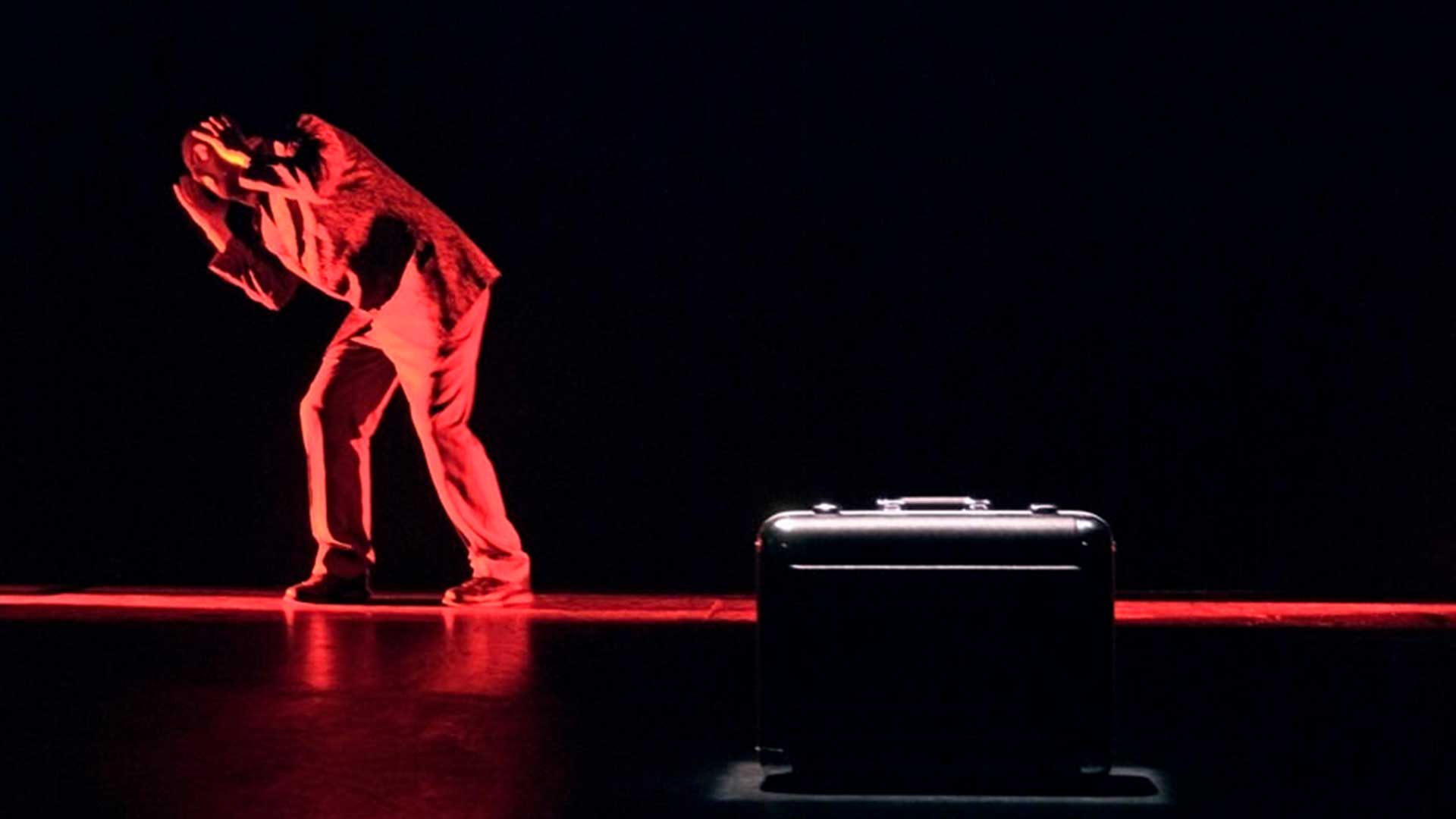 Like all superheroes he has super powers, mystical abilities and highly developed physical and mental gifts; he has a super-identity concealed by an iconic mask.
Faust wants to be the greatest. Not out of simple greed, but out of a specific desire to challenge. At stake is his freedom, the freedom to choose.
A challenge carried out with the awareness that he could fail and give in to the seduction of more comfortable and human offers. The rebellious struggle to be the only, undisputed author of his own destiny, are the impulses of the challenge led by Faust.
The show retraces in fragments the “true stories”, the myth of Faust.
SuperFaust travels through exciting and frightening adventures, wandering through real time and media space. The video plays to build bridges between SuperFaust’s theatrical appearances and his moving in the real world. SuperFaust-Faust can be anywhere.

At each appearance SuperFaust changes the beginning and the end of the performance, because each performance is a unique moment of his life. As in Marlowe’s and Goethe’s Fausts also our Faust can change his own ending, as if Faust was wrapped by a beneficial curse from the possibility of being a “noble traitor” to transform himself transforming his destiny and the ending of a show!

Faust digs into the mystery that surrounds the human being and his existence. Man and his end, the here and the elsewhere wherever it is.
Superfaust is omnipresent!!!
“May time end and midnight never come”.

with: SuperFaust e i suoi fratelli