Think about what was going on around, think about Malcolm X, Muhammad Ali, Stokely Carmichael, Huey P. Newton and the Black Panthers. We were like them, unearthing war axes from centuries before, timbral, tonal and rhythmic war axes.

The novel “New Thing” by Wu Ming 1 (published by Einaudi 2004), is set in New York in 1967, and revolves around a series of murders: African-American musicians are killed in Brooklyn, all the murdered are connected to the New Thing, the free jazz revolution of Albert Ayler, Archie Shepp, Bill Dixon and the deity John Coltrane. The “New Thing” (defined by detractors critics as the anti jazz) that is rhythms free from metric schemes, wind instruments played energetically, great rhythmic and melodic freedom. These are the years of the struggles for civil rights, of Martin Luther King, of Malcolm X, of the Black Panther and these assassinations are suspicious. The African-American vox populi spreads the story (or the legend?) of an elusive murderer, the “Son of Whiteman”.
Does he really exist? And if so, does he act on his own or is he a tool of the establishment?
Everyone says and will have their say. 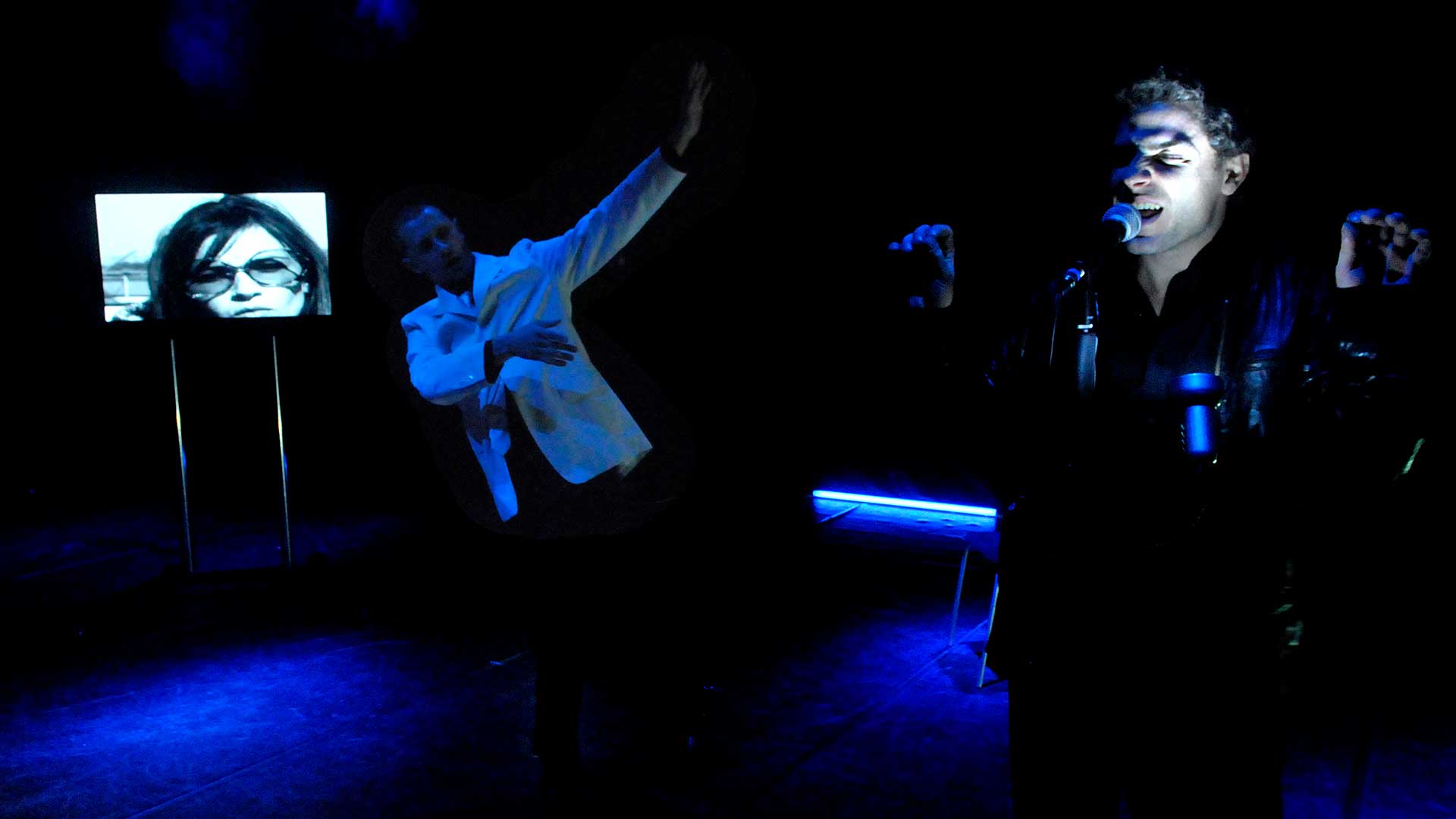 A choral narrative full of suspense, a noir that weaves together jazz and the black rights movement, placing Sonia Langmut, a young journalist who disappeared after investigating the murders, at the center of the story.
Margine Operativo’s show is an act of love towards a piece of history that has built history: the “cursed” lives of the “art warriors” who ploughed the spaces of New York in the ’60s: the musicians of the “new thing” who revolutionized jazz music, non-aligned artists who crossed artistic radicalism with active politics, while the streets of America were bubbling with struggles for civil rights and against racism.
The novel, constructed as a multiple narrative, proposes an unsettling mixture of fiction and reality, where the border between the two dimensions is absolutely blurred.

The show moves on this borderline, playing continuously on different levels of narration through different artistic codes.Margine Operativo has constructed the show by choosing only a few fragments of the novel, following/following two voices and their testimony of the facts: Hector Ramirez Delgado and his double, the hand of the murderer “Son of Whitman” and Sonia Lagmut, the jazz-loving journalist armed with her Butoba recorder who goes around New York to collect the thousand voices of the city.

A story launched into the dimension of today, of metropolitan space, of noir, narrated through the eyes of an assassin.The sounds and images of Rome in 2010 and the music and voices of 1960s New York form the visual and sound landscapes in which the show moves. A sound, body and voice score that pursues the expressive freedom of free jazz.

Margine Operativo’s new show, produced in collaboration with BLACK Metropolitan Noir Festival, debuts in December 2010. The show has been formed in a path structured in different phases and through the presentation of a first step/study “La Nuova Cosa” in December 2009. 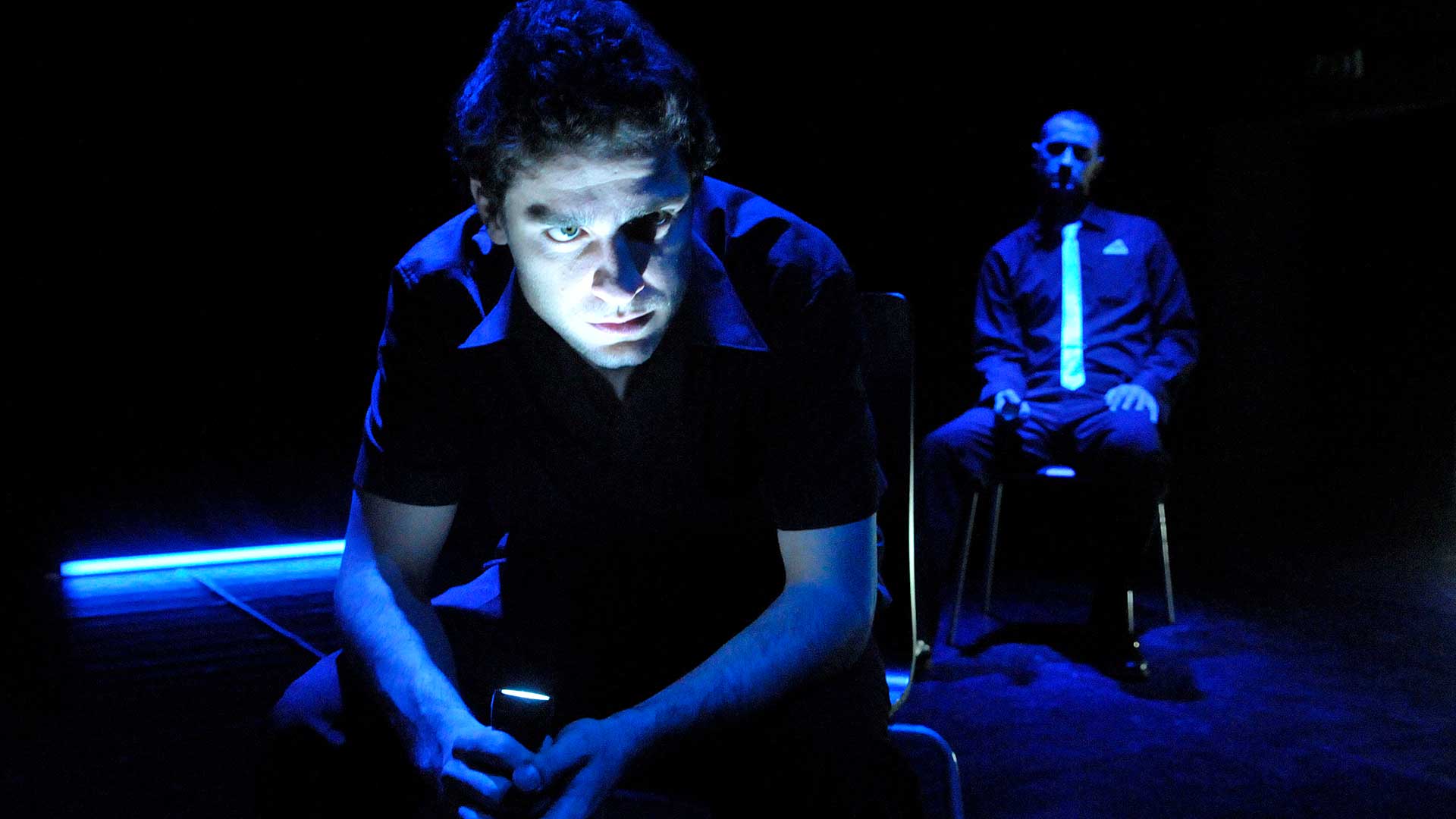 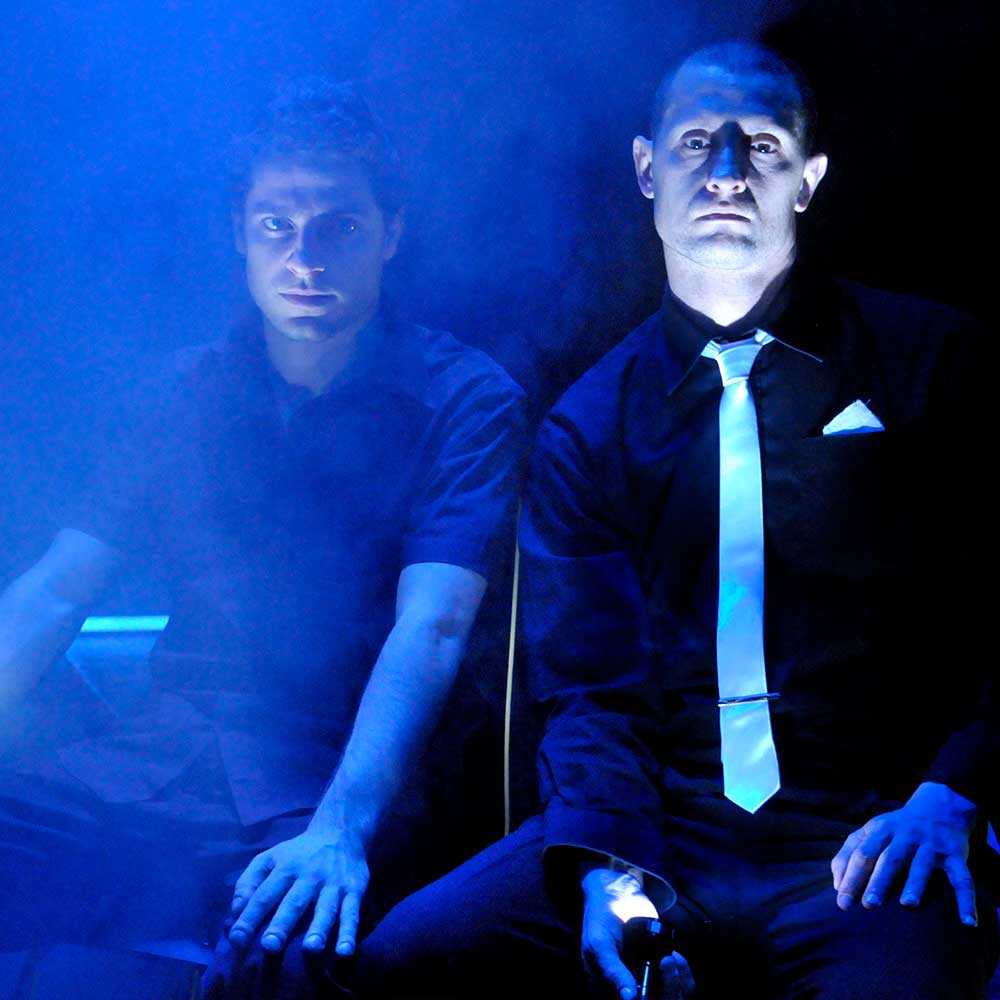 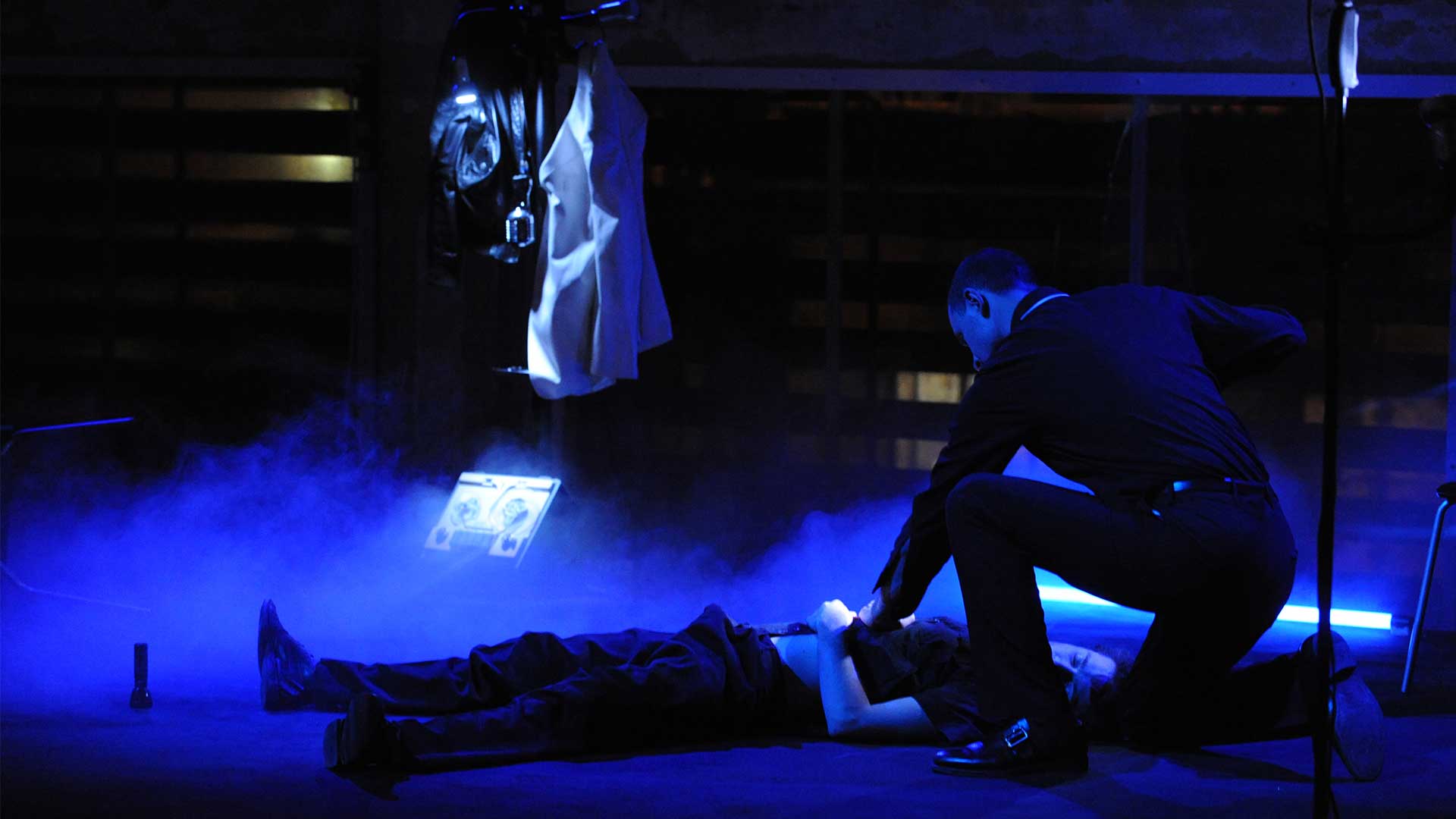 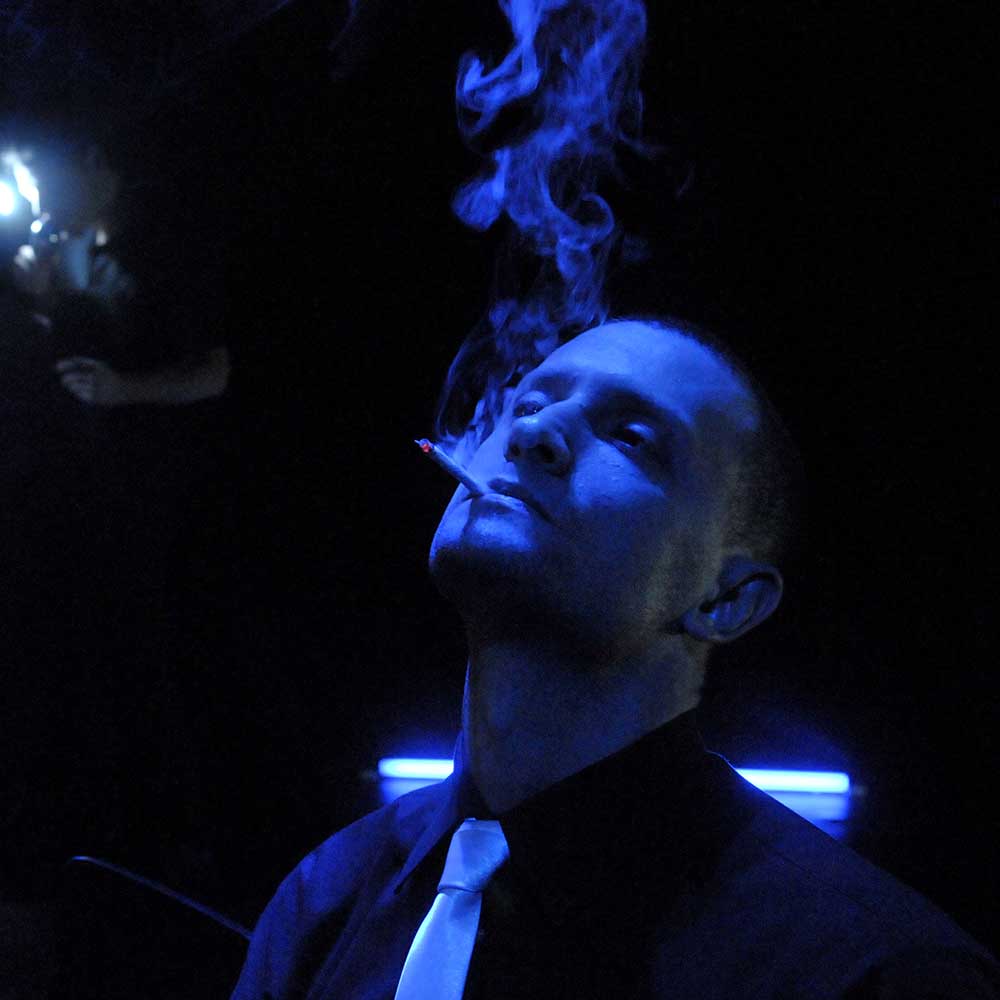 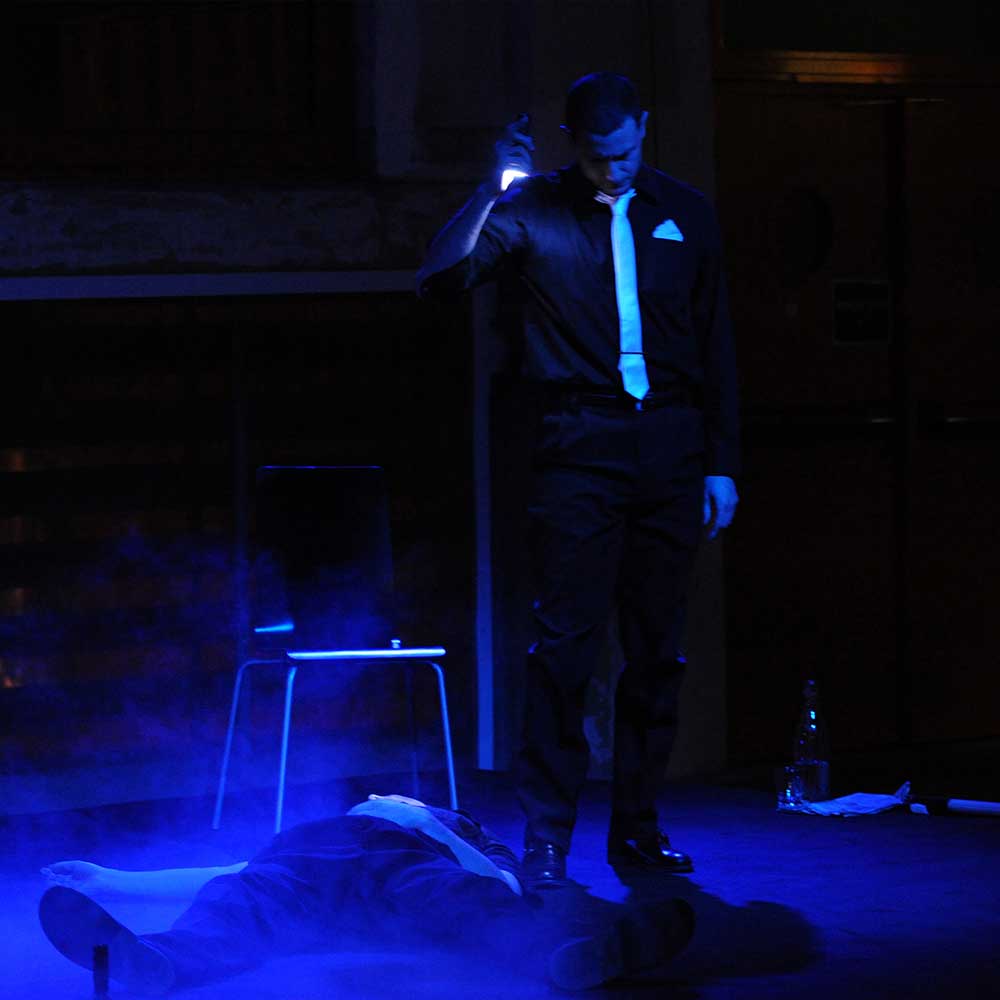 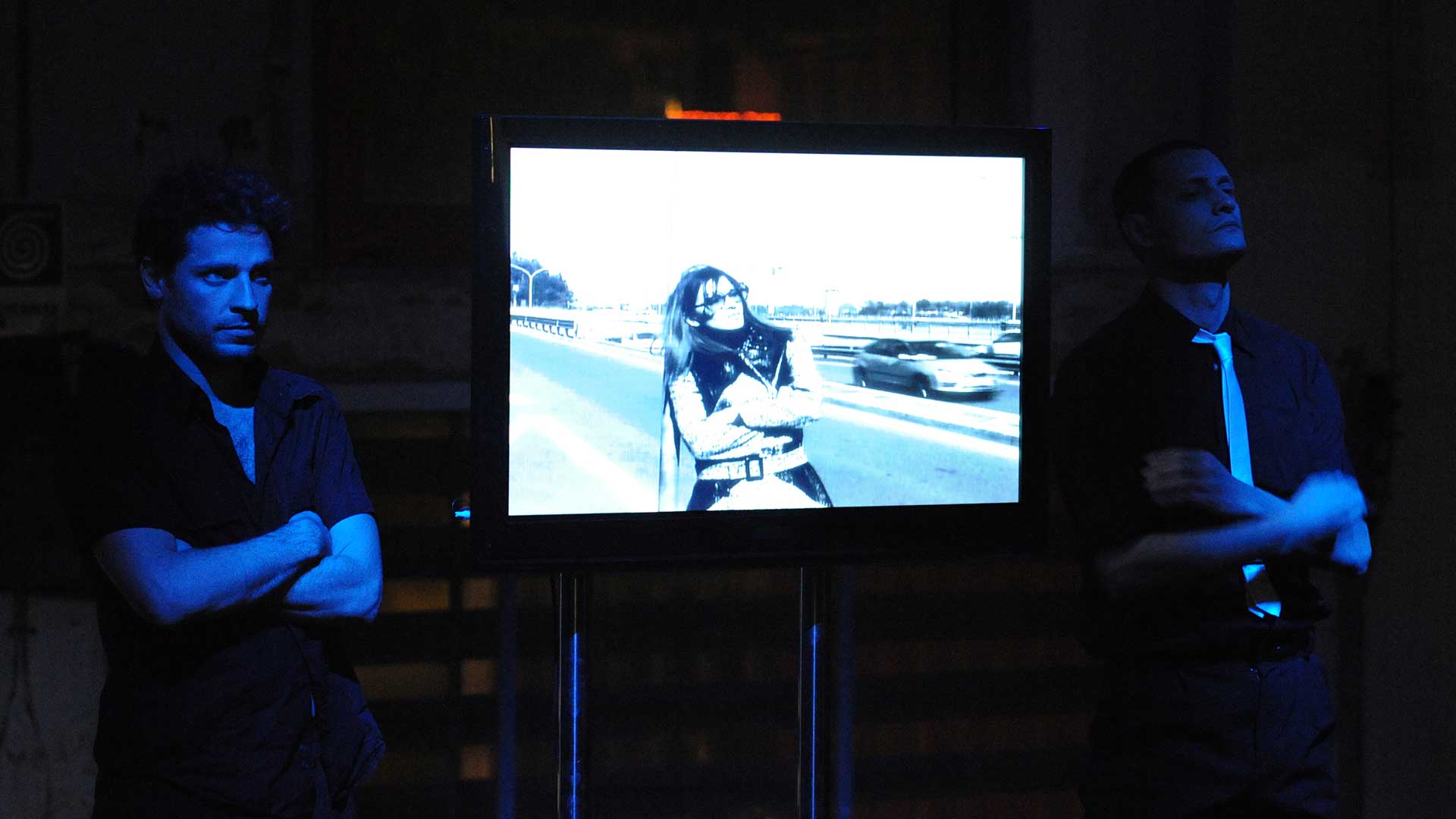 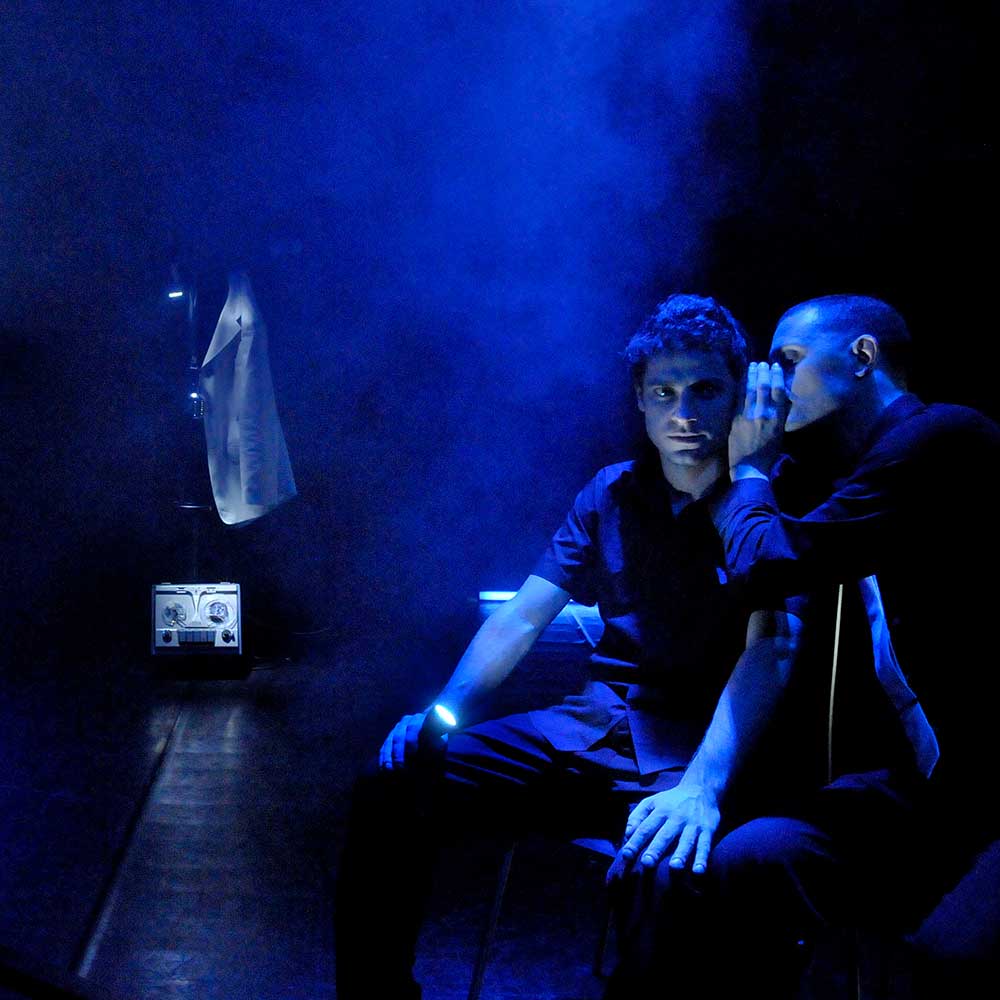