A politically incorrect show, a show crossed by a fierce self-irony of that ferocity that lacerates, words that chop, bleed and grope to gobble up in one breath, to be administered without care. The game is extreme!
A show full of strident and acute sounds like a fly in a trap, lost in a surreal atmosphere! A fast variety show, a hallucinated theatrical reality show that combines sobriety with ranting, darkness with light, melody with disturbance, the bodies of the performers in action with digital bodies, real images and virtual images, television with theater…
A multiple, dense, grotesque, hilarious show that does not claim a future, that is in a hurry, that wants to be consumed immediately with a story without beginning and end, a psychedelic show, circular in its evolution around the dramatic and grotesque game of conflict! 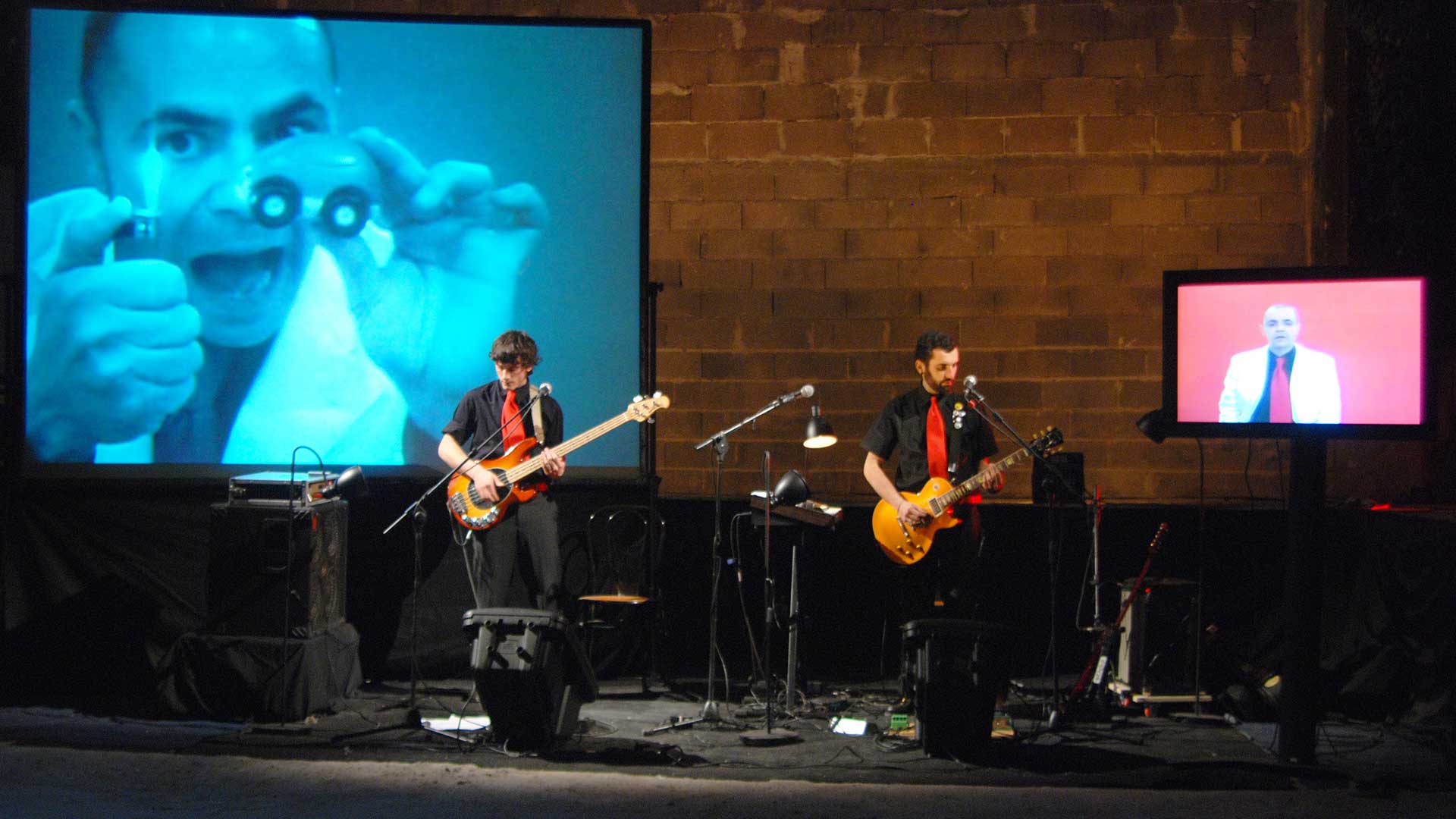 The text
The text is a theatrical rewriting of some emails freely exchanged on the net between some Italian ultras and some French casseurs during the period of the second uprising of the banlieu in France, concerning the instruments of guerrilla and antiguerrilla warfare. A close comparison with the new orality – or digital orality – that travels on the web through emails and blogs.

The scene
a big luminous banner with the writing guerrilla live show…
On a giant TV appears… a hallucinated neo-predicator inviting the audience to take part in an upcoming show.
The neo-predictor meticulously describes the instruments of the anti-guerrilla warfare used in France by Nicholas Sarkozy (such as the KARCHER – a kind of tank equipped with a cannon that instead of bullets shoots a jet of water mixed with a dye that dyes the targets shocking pink or canary yellow). Immediately afterwards, the tools used by the guerrillas will be listed (such as the CAGOULE, a cap that covers the head but leaves the face free – the first to propose it in fashion was Pierre Cardenne in 1968) ….

The Music
The two musicians on stage hybridize electronic sounds and punk dynamism. A live music in which the sound extremes attract and face each other, the musical score sometimes accompanies the delirious text of the actor and sometimes takes over from the cues given by the text and the action. The tracks are characterized by the extreme manipulation of sounds and effects, the music is pervaded by a stylistic freedom that collects different pieces of rhythm from track to track, all lubricated by a brazen imagination.