Skip to content
Back
Performance On Tour
7 min read

The performance Animali ( Animals)  is an exploration of human nature through the eyes of animals.
But there is no mythologising of nature: the ferocity belongs to the animal kingdom, it is one of the modes of that universal interconnectedness.
Animals feel humans as they really are, they perceive their aura, temperament and anxieties and this leads them to feel sympathy, repulsion or fear for them. 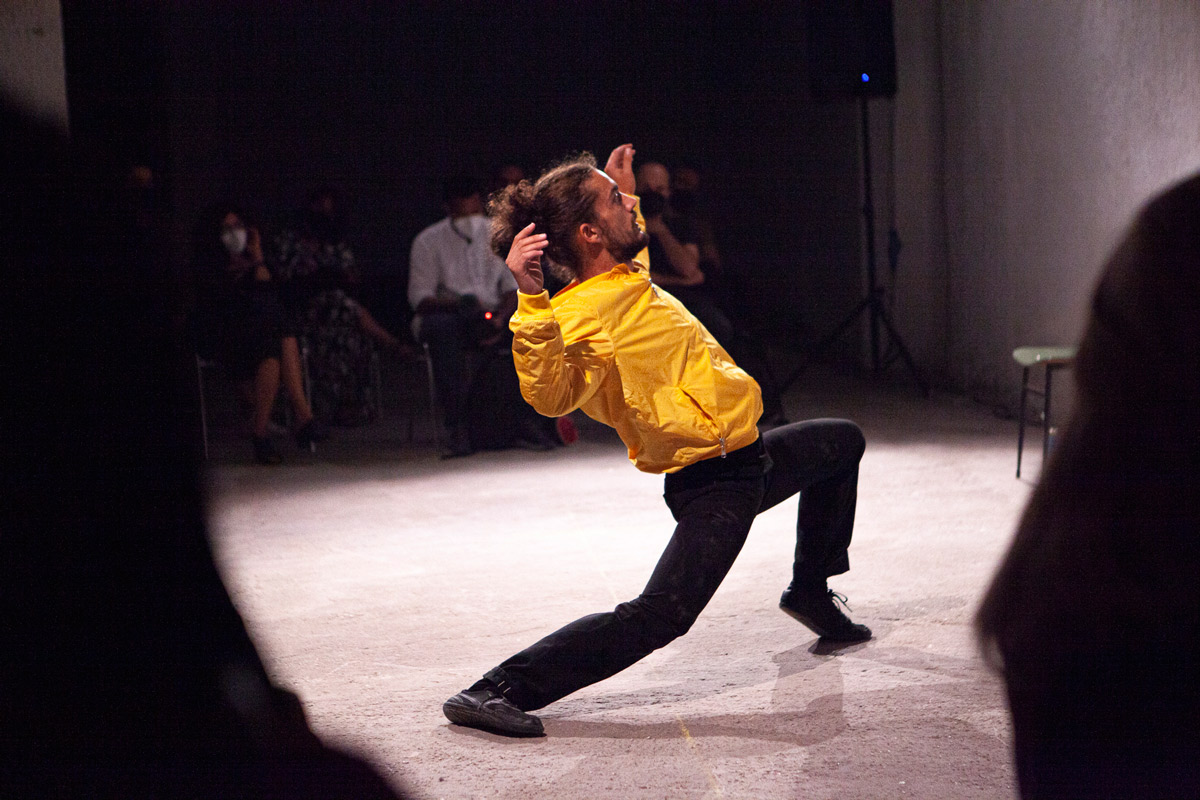 Together with a large group of spectators, we go to Garage Zero to take part in the performance Animali by Margine Operativo. An interesting study on the relationship between human nature and animal nature. The performer Yoris Petrillo is the “animal” soul that becomes voice and body to give us back what animals feel towards human beings. In the space of Garage Zero – returned to the neighbourhood community and now a place where art exhibitions, meetings, events and shows are constantly organised – Petrillo moves with great skill and energy: he convinces and excites.
He is always present to himself as he enters and exits from that “bestiary” of cats, mice, snakes and insects that seem to come alive between the “porous” walls of Garage Zero, a perfect location to recount in little more than twenty minutes the salient features of the work Anima – by the Lebanese playwright, director, actor and writer, naturalised Canadian, Wajdi Mouawad – from which the work of Margine Operativo is inspired. The performer’s physical actions are combined with an essential vocal score and an evocative play of lights that give us the vital “breath” of how “animals feel humans”, capturing their “aura, temperament and restlessness”. Man is bestial, Kafka would say, he often kills and this is why animals – as we read in the Margine Operativo statement – feel “sympathy, repulsion or fear” for humans.
Letizia Bernazza << Liminateatri>>

Animali, half an hour of solo prose and dance, is a rather serious, and very old, play on the gaze that beasts, a dog for example, turn to human animals. The dance obviously expresses the unspoken of the word, it is action and not a verb, it tells without telling, it is a “I am here now” that the performer Yoris Petrillo realises with simplicity of movement, apparently more attentive to a magnetism of presence than to a choreographic complexity. The performance venue, a hard urban space with a brutal concrete soul, empty of any refinement, is a good choice for saying and dancing words that speak of what we men have wanted to become.

Animali is a site-specific performance by Margine Operativo, and lasts twenty minutes: it revolves around the dancing and energetic body of Yoris Petrillo, who runs, jumps, dances, drawing trajectories with his feet crawling sonorously on the ground, in the scenic perimeter of Garage Zero, one of the festival’s adopted venues in these editions held in the Quadraro district. Petrillo, transversally bathed by a beam of light while sipping a Pepsi cola, is there, apparently ended up by chance and sitting on a chair, ready to disengage to launch a social message, to describe, body and words, from an alien perspective, what humans are and are not to an animal, and the relationship that connects them.

inspiration from the book > ANIMA by Wajdi Mouawad